CPAP in Television and Movies

CPAP in Television and Movies

12 Times CPAP Made A Guest Appearance in Television

A lazy Sunday afternoon playing Words with Friends or some other addicting phone app when one of my kids screams out “CPAP”. I pull my nose out of my iphone and with a confused look to see my 9 year old pointing at the television where an episode of iCarly is playing. Sure enough the star of the show, Miranda Cosgrove is laying in bed with a mask and hose protruding from the bedding.

Anyone familiar with CPAP (continuous positive airway pressure) can immediately identify what they are looking at when a mask or machine appears in a scene of a television show or movie. Even though most times the characters refer to it as their sleep machine I will still count it as a win for bringing sleep apnea awareness main stream.

With up to 22 million U.S. adults suspected to suffer from sleep apnea it may be shocking to learn that less than 6 million of those have been diagnosed. A more disturbing fact is of the 6 million people that have been diagnosed only 50% use their CPAP therapy on a regular basis.

Most people tuning in to these shows probably see the device as an awkward  and funny comedy prop because some of the CPAP masks look like you are about to enter into a intergalactic war where you are the star fighter pilot. I’m torn about this because it paints a picture of sleep apnea therapy being a wildly invasive treatment but on the other hand it does pose the question going through some people’s minds; “Why is (insert TV character name here) wearing that weird thing?”

The Simpsons – The longest running cartoon comedy on FOX and probably the most recognized worldwide shows Homer Simpson asleep in bed and snoring very loudly. A frustrated Marge Simpson is laying bed with him and nervously tries to put his CPAP mask on him. Though the next few minutes are funny as she applies the mask on wrong or the hose keeps blowing off, it is not uncommon for many spouses to go through the exact same thing.  Public Safety Announcement:  Do not remove the hose from the mask and insert it into your spouse’s mouth!

Sopranos– Probably the best HBO series ever made (I have watched all 6 seasons twice) and one of the first to bring CPAP to main stream media entertainment. The show focuses on the life of a New Jersey mafia family named the Sopranos. The star of the show Tony Soprano (James Gandolfini) is the head of the mafia family who has a power struggle for control with his uncle Junior Soprano.

In one particular episode we see a respiratory therapist visiting the home of Junior Soprano to fit him with a mask and show him how to use his CPAP machine. Although it’s not without reason that an older Junior Soprano would need therapy it is more likely that Tony and some of his lieutenants would be better candidates.  In my opinion if Tony had not been bumped off by a rival mob family it would have been likely that he would have died from obstructive sleep apnea complications.

iCarly– Though this Nickelodeon series that follows a group of teens that host an internet web show seems like the last place you would see a CPAP mask and supplies it is not farfetched. Sleep apnea is very common in kids and young adults and in many cases alleviated with the removal of tonsils and adenoids.

I applaud the show for using this prop in one of their shows since we are seeing alarming statistics in childhood obesity. Hopefully this kind of exposure can put a positive light on seeking treatment for sleep disordered breathing and parent’s awareness that snoring should be evaluated and treated. My oldest son (9 years old) got braces put in last year and was eager to get them because he thought they were cool. Who knows, maybe someday sleeping with CPAP or an oral appliance might be “cool”.

Mike and Molly– Though I have only caught one or two episodes of this show I can see where it would be a perfect platform for introducing CPAP therapy. The main stars of the show Melissa McCarthy and Billy Gardell are an overweight couple in a relationship in which they both struggle with their weight.

Though much of the comedy derives from “fat jokes” it does display a sensitive side that should let us all know that we should be more kind and understanding of those that fight this battle. Sleep apnea makes everything in life more difficult and those with a severe case are typically lethargic without motivation or energy to work out. Untreated sleep apnea can spiral out of control leading to hypertension, diabetes, heart failure and stroke.

The Office– This is one of my favorite comedies of all time. I was most excited to see CPAP make an appearance in an episode where Dwight and Angela are going through a break up and return each other’s belongings. A ResMed S8 series CPAP is shown during the exchange and in a unique marketing twist we see that the machine belongs to Angela and not to Dwight.

This also coincides with a time in the industry where we see product lines with women in mind being launched by Philips Respironics and ResMed. By claiming the machine belongs to Angela, who is a petite blonde that would not be suspected of having sleep apnea, we can see the increased awareness of UARS (upper airway restriction syndrome), a disordered breathing event most common in women.  Though I think Kevin, Angela’s co-worker in accounting, would have been the best person to portray a likely apnea sufferer I applaud the show for increasing awareness of sleep apnea and prevalence in women.

Hall Pass– An R- rated comedy starring Owen Wilson and Jenna Fisher shows a married couple stuck in a rut with a solution that Wilson gets a “hall pass”, a break from his married life for 1 week. During this week we see all sorts of shenanigans with Wilson and his friends and in one scene where his buddies are recovering in a hotel room we see an aerial view of them passed out on hotel beds with a ResMed S8 series CPAP machine on the nightstand.

Given that they were out all night drinking and alcohol is a depressant that relaxes the airway greater than normal it was probably a good idea to keep that airway open and oxygen levels high to avoid the dreaded hangover.

Big Bang Theory– This is a top rated comedy on CBS that centers around a character named Leonard (Johnny Galecki) , his roommate Sheldon Cooper and other  friends that are all self proclaimed “nerds”. Leonard, who is also lactose intolerant, apparently also suffers from sleep apnea as his room Sheldon likes to point out.

Other popular shows that come to mind where CPAP or sleep apnea awareness has made an appearance include The Biggest Loser, Josh and Drake, The League, Oprah, and My 600lb Life. I’m sure there are countless others that are not coming to mind right now but the point is that continuous positive airway pressure is popping up in our everyday culture. It reminds me of a time when seeing someone with a cell phone was an eye catching event and in today’s era I am shocked to meet someone that doesn’t own one. 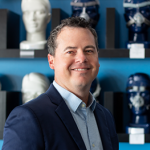